ABOUT THE AUSTRALIAN RED-TAIL BLACK COCKATOO 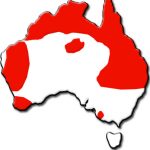 Where you will find the red-tail black cockatoo in Australia

ABOUT THE AUSTRALIAN KOALA 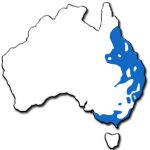 Where you will find the koala in Australia

ABOUT THE GREEN TREE FROG

Where you will find green tree frogs in Australia.

(Presented to the International Whaling Commission, 2010)

“Amongst all the creatures of creation was Gyian the whale, Baiyami’s favourite …….The new world was born then Baiyami said to Gyian, “This will be your Dreaming place. You shall reign over these lands and waters, my friend. Your kin will forever live in these sacred realms on Earth. Go and give what I have given to you, the kinship of life. Gyian went into the lands taking with him the spirit of Baiyami. Baiyami ascended back to the Mirrabooka. During the dreamtime period Gyian intermingled with other creatures , passing on the Laws of Baiyami. He later changed form from a bird of the land to live as he does today in the ocean as a whale. This was the birth of Gyian on Earth.”

Introducing the art of Danielle Mate. 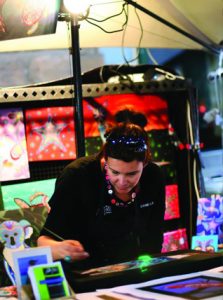 Danielle is a contemporary Aboriginal artist. Born in Fairfield in 1979, growing up in South Western Sydney. Danielle is a descendant of the Kunja People from the Cunnamulla region of South Western Queensland. Danielle first made her connection with painting when in High School, going on to study a Bachelor of Creative Arts–Visual Arts and Design, at the University of Wollongong, NSW. Since graduation in 2000, Danielle has been able to focus on her own personal artistic connection.

The influence of her learning years are obvious, but she has bloomed in the years since. As is often found in Indigenous artists, Danielle very much sees the natural world as part of us, and we part of all animals and plants that surround us. 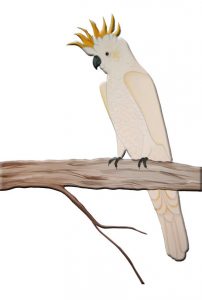 All living things share a common journey of survival and growth, that is the miracle of life. Danielle’s use of vibrant colours and images reflect this approach, but also the bright, positive outlook that is a part of Danielle’s character. She is a warm, friendly person and her art is testament to this fact.