THE PLAYING WITH TIME PUZZLE SERIES 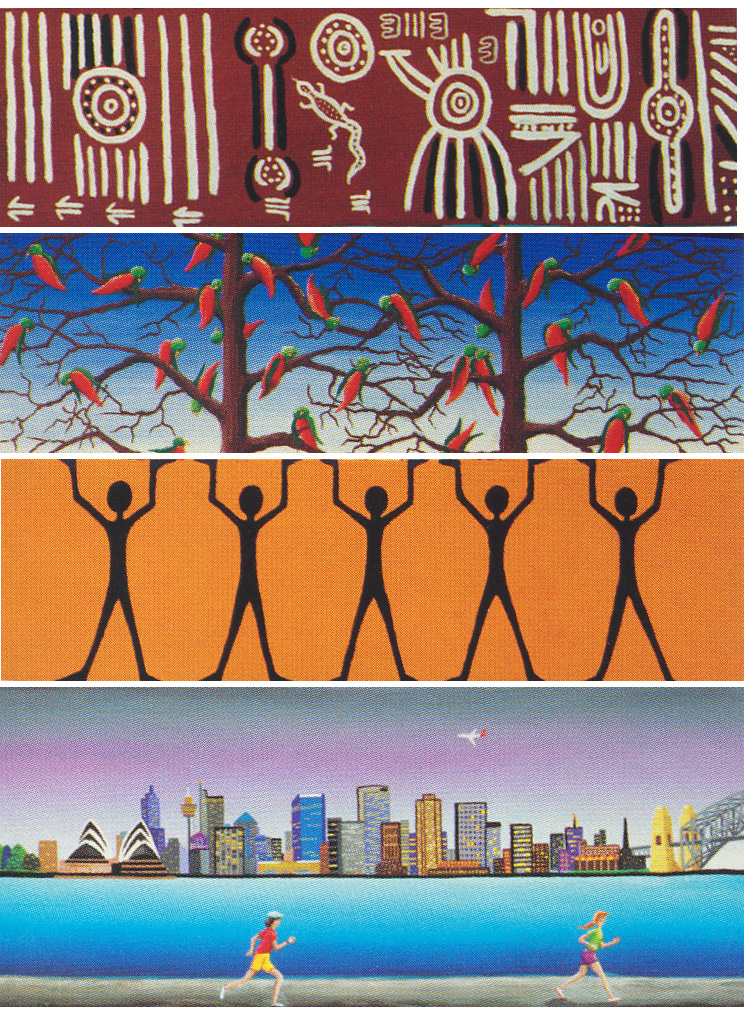 Long ago, in a time when Europeans had yet to explore and map the entire world – legends existed of a great continental landmass yet to be found amid the endless oceans of the Southern Hemisphere.

Explorers brave enough to tackle both the distance and dangers of this uncharted territory often paid with their lives for their adventurism.

The vicious sea -currents of the Southern Ocean, savage local tribes and frightening unknown diseases made the exploration of this far away region of the world a challenge only for the perfectly organised and lead expeditions.

Yet volumes of evidence, (such as water currents and rainfall), personal accounts of sea-farers across different cultures, and the romantic visions of glory and riches for those brave and strong enough to dare, drove people onwards into realms that existed on no map or chart . . .

Fame, fortune and a place in history beckoned to those who could lay claim to its discovery. The famed explorers from the year 1500 A.D. onwards, all lead significant mapping expeditions into the region. In hindsight, the land should have been discovered at least 100 years earlier than Cook’s expedition in 1776. But expedition after expedition either ran too far south, or too far north. Explorers paid the price for tiny miscalculations in plotting a course across such a massive distance. When James Cook set foot on the Great Southern Land, he claimed the territory for Britain, and the last continent was discovered. It was a triumph for mankind, but for the ecosystem that had existed untouched for 55 million years . . .

It marked the beginning of the end. 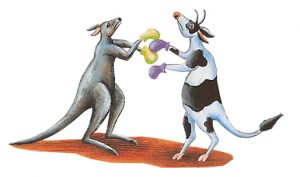 55 million years ago, a great piece of the southern super-continent, GONAWANALAND, broke away from the massive pre-historic landmass that included modern day Africa and South America and drifted east into the endless stretches of water in the Southern Hemisphere. This landmass, the Australian continent we know today, was the first of the modern continents to take shape, and as a result is the oldest continental landmass.

15 million years ago, this continental landmass collided with the Asian continental shelf. The impact of this collision created the Himalayan mountains, including Mount Everest, the world’s tallest mountain, it is also the continental plate that is responsible for the volcanic activity in the Asia-Pacific region, including the famous Mount Krakatoa.

The island continent of Australia  .

Not only is the Australian continent the oldest, it is also the driest and flattest continent on earth. Stretching 4025kms from east to west, and 3330kms from north to south – Australia is the sixth largest country and the only nation to cover an entire continent. 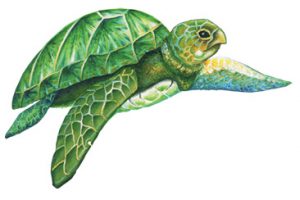 Due to its isolation, the Australian continent has evolved a diverse and unique natural environment. From the red desert interior to lush green rainforests, Australia is an land of spectacular testament to the beauty of nature. Unique natural landforms and an endless array of unique plant and animal life, together with an abundance of natural resources and land, has given rise to the idea of the “Lucky Country”. All Australians understand what it means to be Australian, and our high expectations of ourselves as individuals and a nation, is borne from the strength and endurance that is the heart of this land. 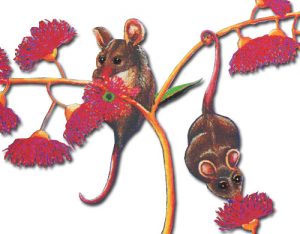 The heart and soul of the Australian land becomes clear when history is seen, not in the context of our nation since settlement in 1788, but in terms of its 55 million year history. Australia is a land untouched by any significant geological activity, (earthquakes, volcanoes) and isolated from the migration of land animals, plants and many bird species. The Australian ecosystem had avoided any type of rapid change, through natural events or foreign invasion, for many millions of years. Our ecosystem progressed on its own unique path untouched by the outside world . . .

A land that time forgot.

Our land is a remarkable illustration of the beautiful and rugged sides of nature. It is a land that provides areas where life is both plentiful and scarce, where beauty and danger dance a unique and timeless dance together. It is a fragile beauty, but it is a land where no form of life could hope to control nature, and regardless of whether Australians recognize this fact or not, the best we can aspire to is to co-exist with the land in a manner that will allow the beauty to shine. And although this fact resonates in all lands on our planet, the truth has a more devastating impact in Australia than any other place on earth.

Within the shores of Australia lives an ecosystem of plant and animal species unique to the world. Over millions of years life has fought a constant battle against the climate for survival. The absence of any significant mountain ranges, particularly along the western side of Australia, has made rainfall a constant challenge for the continent. Without mountains to push clouds upwards, the majority of rain bearing clouds pass right across Australia, dumping their loads once they hit the mountain ranges running along the eastern coastline, or once they reach New Zealand.

But despite the challenge, nature found its way to thrive, and the prehistoric record shows that the Australian continent was once a land covered with trees, plants and animal life. 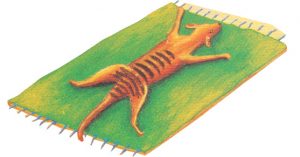 Modern theories on the natural environment prior to the settlement of the Australian aborigine, is now fundamentally based on wetlands, where massive areas of flat land were covered with stagnant and slow moving water, and covered with a canopy of small trees and shrubs. Within this environment the plants and the soil are totally dependent upon each other for survival. The canopy of plants and trees protect the soil from the harsh, dry climate, and the nutrient and moisture rich soil sustains the plants and trees.

Within this ecosystem the animals naturally fit in, providing additional sources of fertility for the soil through the consumption of plants and return of the waste through excrement. 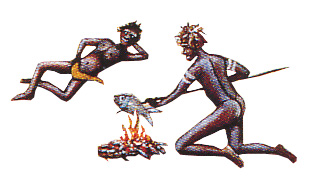 The first human settlers are now believed to arrived as many as 80,000 years ago, with Australian aboriginal ancestry now recognised as some of the earliest records of humanity. In terms of humanity, and our devastation of nature, over history the Australian aborigine has arguably the best record for respecting the sanctity of the natural world, with every element of their lives reflecting this in-borne harmony with the land.

But Australia was such a fragile ecosystem. Plants and soil were so utterly dependent upon, and whilst the protective cover existed both plants and soil strong, the instant that the bond was broken, both were doomed.

HOW THE BOND WAS FIRST BROKEN 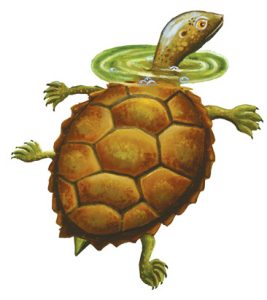 The fate for the ecosystem was sealed with the first steps of humanity on this land, it was inevitable, and although the process commenced with Aborigines, their impact was tiny compared to what was to come. But what the Aborigine brought with him was fire, and its impact was both immediate and devastating. Although the continent experienced fires, the event never occurred outside its natural occurrence. The aborigines found fire to be an excellent way of clearing land and capturing food, and over their evolution the effectiveness of fire at achieving these ends made its use profligate. But unfortunately it was an exercise that struck a great blow to the natural ecosystem.

Unknown to aborigines at the time fire was particularly lethal to the environment as it completely wiped out the canopy protecting the land from the climate. Just like a human opening a spacesuit on the moon, exposure to the harsh atmosphere devastated the soil. Instantly, plants could no longer be sustained by the soil, fifty (50) million years of evolution was literally wiped out in an instant. At the time that aboriginal man arrived, the eucalyptus tree, (or fire-tree), first starts to spread. The Eucalyptus species now accounts for over 80% of all tree species in this land, totally dominating our landscape. In pre-historic Australia it is thought to have been around 8-10% of the total tree species. Fire was a basically rare event in pre-historic Australia, now it is a regular part of our lives. The total domination of the Eucalyptus tree species stands as testament to the devastation of fire, the irony is that modern folk lore has built a romantic tradition around the eucalyptus tree, whereas the truth is that it is the monument to the impact of fire.

THE COMING OF SETTLEMENT 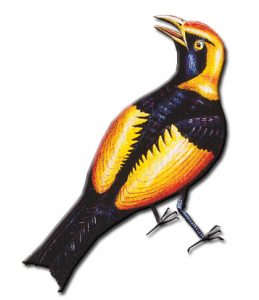 This eventuated because, greater than the other instances of colonial settlement, Australia was simply a commercial proposition. The great distances involved, the difficulty of starting new colonies in the midst of the Napoleonic Wars and Britain’s recent disastrous loss of America to independence, made the rulers reluctant to embark on a mission to grow the empire by starting a colony from scratch. British nobles and businessmen who saw a new land and unexplored riches as an opportunity to further themselves, and were essentially given government infastructure, ‘venture capital’ and, most importantly, prison labour, to carve an economy out of the wilderness. This basic operating structure combined with a standard rationale that Australia was a god-forsaken place, devoid of any real life, creating a settlement that was modelled on European land management techniques that were devastating to the ecosystem. The frontier pushed outwards at a continuous and unabated speed, as the young colony spread.

The British Government provided the key finance and logistical support for the colonies in Van Diemans Land, (now Tasmania), at Moreton Bay, (modern day Brisbane), on the Swan River, (modern-day Perth), and at the mouth of the Murray River, (modern day Adelaide). Melbourne is the only Australian city that was built by free settlement, without the assistance of the British government to survive and eventually grow.