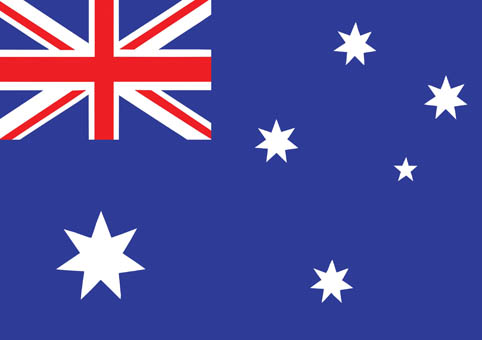 ABOUT THE AUSTRALIAN FLAG

The flag was first flown in 1901. Until this time, Australia flew the Union Jack, (Great Britain’s flag).

The Australian flag is the creation of 5 different designers. In the top left hand corner is the Union Jack. This shows that Australia is part of the British Commonwealth. Beneath the Union Jack is a large white star with seven points. They represent the six states and the territories. Originally this star had six points. The seventh point, is for the territories added in 1908. On the right hand side are the stars of the Southern Cross. The Southern Cross was chosen because it can always be seen in the Australian sky at night. The original 1901 design depicted the stars with a differing number of points to signify their brightness.

It is the only flag to fly over an entire continent.

It colours are a representation of human qualities –