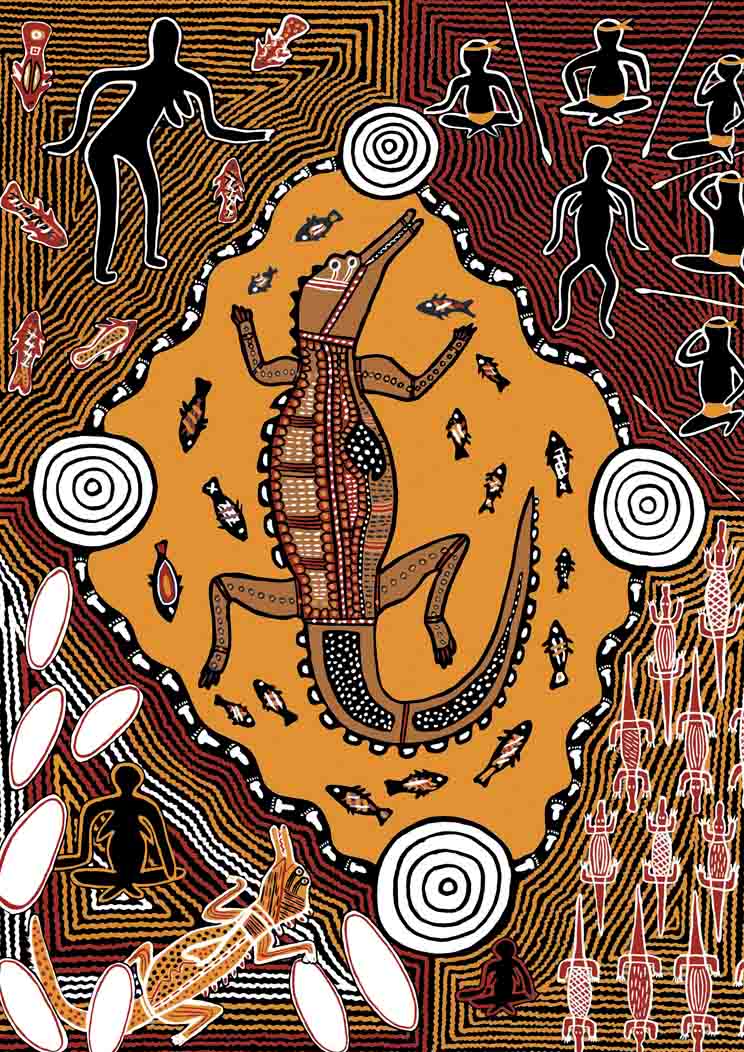 THE STORY OF THE CROCODILE

Many years ago in the estuary of a big river, lived a huge crocodile. People came to the river to fish, but were never aware of the crocodile, hiding amongst the mangroves. One day, while the tribe was fishing, the crocodile slipped into the water. He suddenly sprang and knocked a woman into the water, his domain. He took the woman to his cave and decided to keep her as his own. The crocodile would catch fish for the woman, and soon wished for her to live with him forever. The woman was scared. One dark night she awoke from sleep to find a thin stream of light entering from the roof of the cave. Quietly, she started digging upwards towards the light. When she reached it she was full of joy for it was the night sky. She rushed back to her tribe. They were surprised to see her alive, & gathered to hear her tale. A noise came from the bushes, & the crocodile leapt out with a fish in his mouth. He came to the woman, looked at her with love-filled eyes, and dropped the fish by her side. The men of the tribe sprang to their feet, grabbed their spears and killed the giant crocodile. Through-out the monsoon the woman felt great remorse for the crocdile. Once the monsoon passed, she went straight to the crocodile’s nest, for she held a great secret. The woman and the giant crocodile had babies together, and the eggs she laid still survived. Her babies were born and looked as their father did, and she felt her loss ever more greatly. When her children grew up, she told them the story of herself and their father, and the the terrible savagery of the tribe. She told her children that they must live to revenge their father, and kill people who come to the river. This is why today people must fear the revenge of crocodiles. 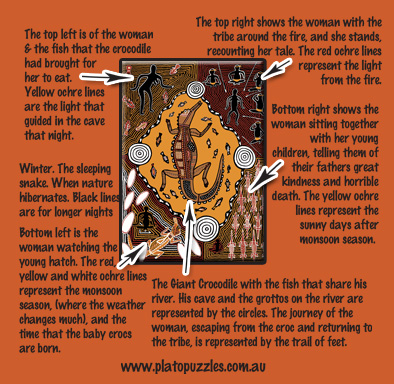