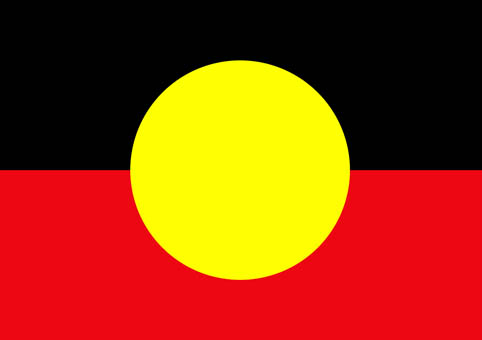 ABOUT THE ABORIGINAL FLAG

The Aboriginal Flag was designed by Harold Thomas, an aboriginal artist,in 1971. The flag was designed to be an eye-catching rallying symbol for the Aboriginal people and a symbol of their race and identity. There has never been any definite symbolism given to the colours by the flag’s designer, Harold Thomas. It is widely taken as – the black represents the Aboriginal people, the red the earth and their spiritual relationship to the land, and the yellow the sun, the giver of life. But there are several different interpretations; black has been said to symbolise the night sky. Red the Aboriginal blood spilt over the last 200 or so years. The Aboriginal flag was first raised in Victoria Square in Adelaide on National Aboriginal Day in 1971, but was adopted nationally by Aborigines and Torres Strait Islanders in 1972 after it was flown above the Aboriginal “Tent Embassy”. On the 14th July 1995 the flag was proclaimed a “Flag of Australia” under section 5 of the Flags Act 1953.