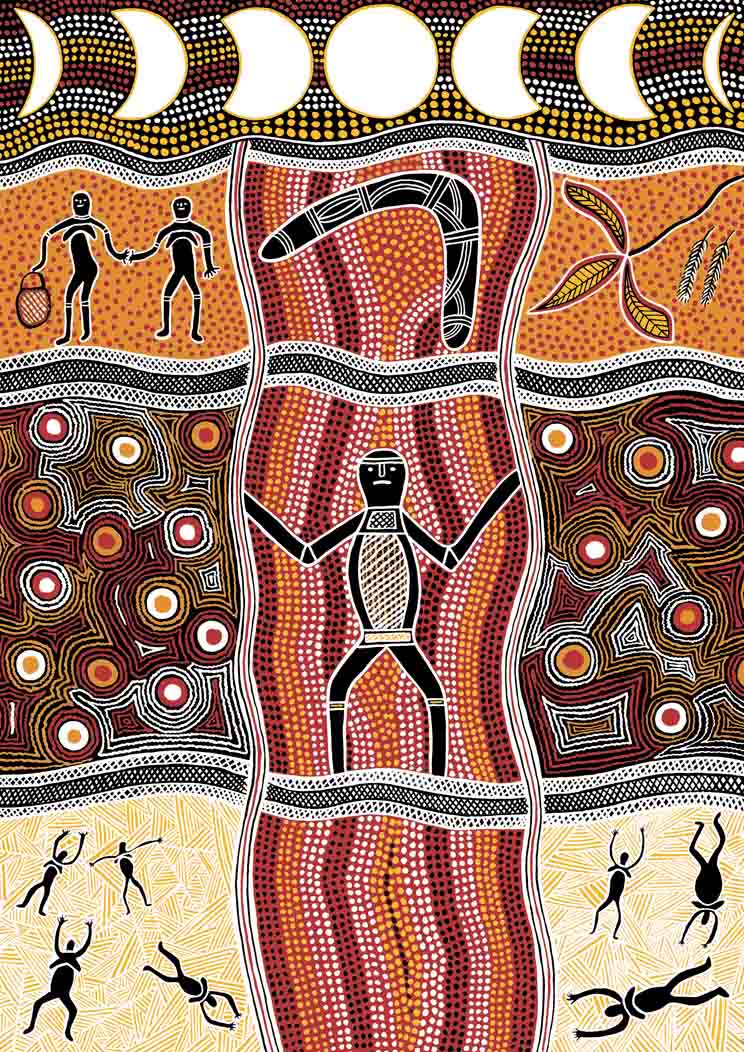 (HOW THE RAINBOW MOON AND STARS WERE CREATED)

In the Dreamtime . . . Many centuries ago, two aboriginal women were working in a grassy field, culling the wildflowers and weaving their stems into garlands for self-decoration. On this same field was an Ancestor Spirit of the Dreamtime, practicing the throwing of his magic boomerangs. A boomerang, in its homeward flight, fell to earth at a spot just next to the women. One of the women picked up the magic boomerang and kept it for herself. The Ancestor demanded it back and ordered the woman to bring it to him. But she refused, and made derisive comments about his skill with the boomerang. She told the Ancestor she would keep it. This brought great anger to the Ancestor and he put a curse upon both women, and everyone from their tribe as well. By the Ancestor’s magic they were all swept up into the sky until they shone brightly in the distant as stars. For the woman who had taken the boomerang, the Ancestor turned her into a boomerang in the sky, which we know as the new moon. Through the month she grows fatter until she is a fully round full moon. The other woman had in the eyes of the Ancestor commited a smaller crime, and being a minor culprit was turned into a rainbow who would only come after the rains.