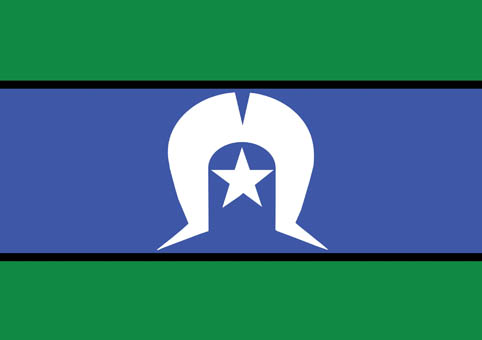 ABOUT THE TORRES STRAIT ISLANDS 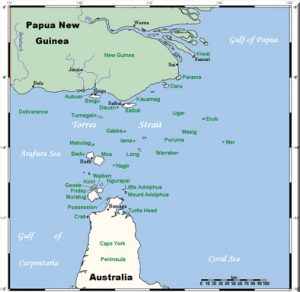 The Torres Strait Islands are a group of 274 small islands found in Torres Strait, the waterway separating north Australia and the island of New Guinea.

ABOUT THE TORRES STRAIT ISLAND FLAG

The Torres Strait Island Flag was developed in 1992 by Bernard Namok, from Thursday Island.The flag was designed in a local competition, and accept by ATSIC as the official symbol of this region and peoples in that same year. The Australian Government granted it “Flag Of Australia” status in 1995. The Flag was developed as a symbol of unity and identity for Torres Strait Island people, The Island Co-ordinating Council also chose the design as its simplicity would allow each Torres Island community to incorporate their own emblem into the flag design for local identity. Although Bernard Namok died in 1998, the Torres Strait Island Flag is managed by the Island Co-Ordinating Council.