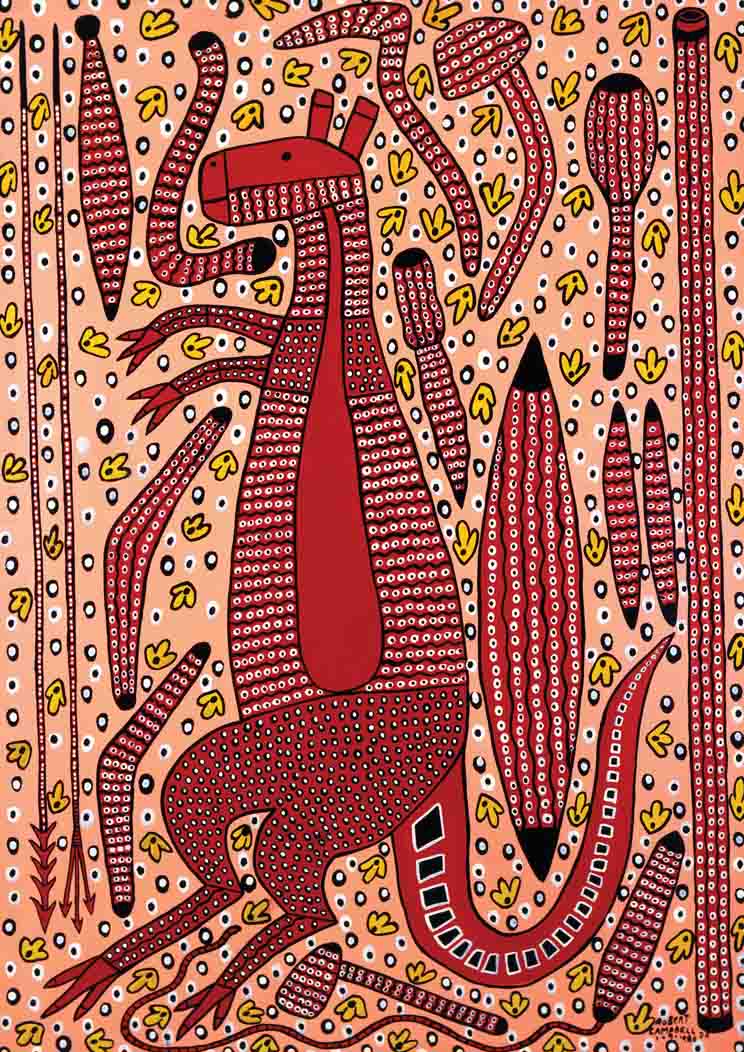 ABOUT FOOD AND WEAPONS

The original painting is held in collection at The National Gallery of Australia, Canberra. This artwork is a celebration of the hunt, and of the spirit of the warrior. The big red kangaroo was the symbol of a masculine Dreaming and to bring one down took both great skill and courage. It is a factual representation of the tools a traditional aborigine will take when hunting Australia’s ultimate symbol. 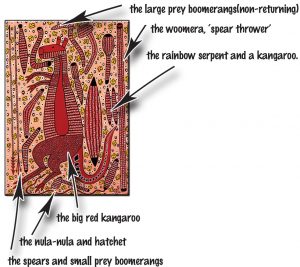 Kangaroos in Aboriginal culture are often used as a symbol for warriors. This represents strength of the male, the hunter, protector and provider. The animal was an elusive catch, travelling at speeds of over 60kph and changing direction in the blink of an eye. Also they are fearsome when cornered. It took great skill and courage to succeed in the hunt. Hunters took weapons to confront the Roo from both a distance and up close. It took skill and bring one down, and bravery to kill it. In this artwork are pictured both small and large prey boomerangs. The large prey boomerangs where far heavier and did not return, but were capable of bringing down a big red kangaroo. He depicts the spears that are used to slow the roo down, the boomerang and the closer combat weapons. Robert was a landmark indigenous artist. A self-taught artist, he was an acknowledged pioneered the “modern indigenous art movement”, that first sprang up in the late 1960‘s. A founding member of the Redfern School Of Art – Australia’s first indigenous art school, opened in 1973.