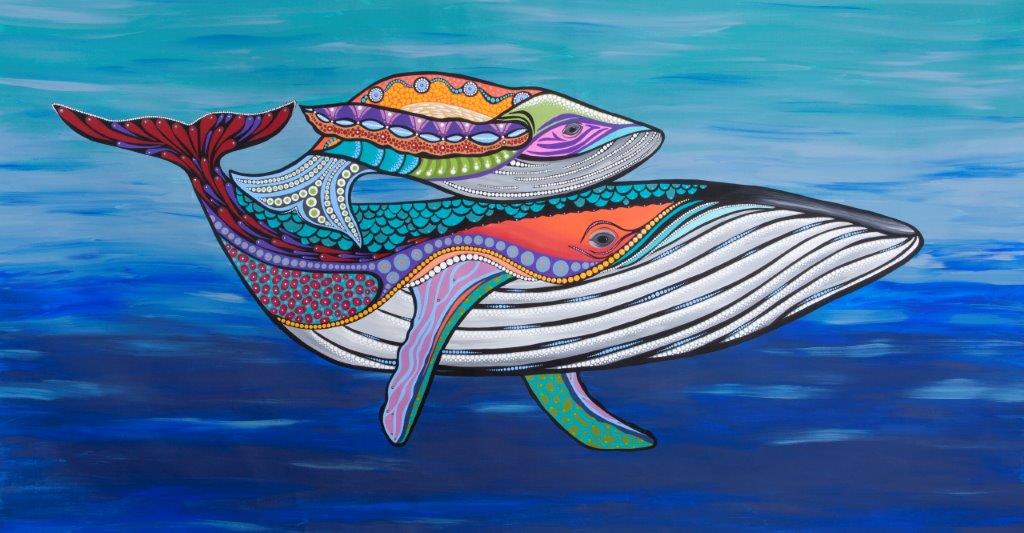 ABOUT THE HUMPBACK WHALE

THE DREAMTIME MYTH OF THE HUMPBACK WHALE

Long, long ago in Australia, the only living things that had eyes to see the vast continent were the flocks of migratory birds. When they returned to their homeland they told the animals of the endless plains, the tree covered mountains, the wide long rivers and the abundant food in this delectable land. This created such excitement, so they all gathered from near and far and held a corroboree after which it was decided that they would all go to this new place to live. But it was a long and perilous journey and the problem was that the only vessel that was strong enough to hold them all at once was the one that belonged to Wondangar the Whale and he would not lend his canoe to the animals. The animals decided to steal Wondangar’s canoe and enlisted the help of Ghun Na ghun, (a Starfish), Wondangar’s closest friend, to divert the Whale’s attention from his canoe. But Wondangar eventually tired of the stories and turned to find that his great canoe was gone, stolen by the others with the help of Ghun Na ghun. Wondangar fought the starfish, and in this battle the Whale got his spout. Wondangar went after the others, but Gooradook the brolga put holes in the canoe and turned it to stone beneath the waves. Wondangar swam up and down the coast searching for his canoe but could never find it. To this day, Whale’s descendants still search for their ancestor’s canoe as they swim up and down the coast of Australia each year.