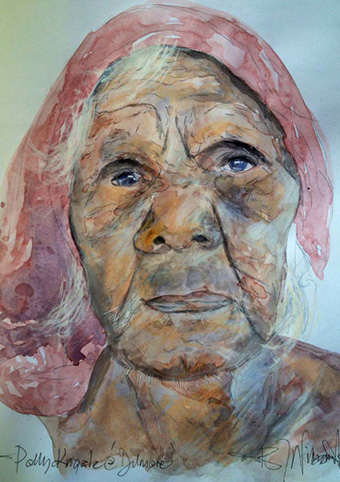 Polly Ngale (Ngala) was born in 1940 in Utopia. This area is known for producing some of Australia’s most well-known female Aboriginal artists. As with many of the women living in the Utopia Area of the N.T. Polly was introduced to batik in the late 1980’s. This traditional Indonesian art of artwork on fabric using wax and dyes. In the mid-1990’s the utopian community moved across to painting on canvas. Now an elder in her community, Polly’s colourful works portray the ‘Bush Plum’ (Arnwetky), of which she and her sisters, Kathleen and Angelina Ngale are senior custodians.Like her sisters Angelina Ngale (Pwerle) and Kathleen Ngale, Polly has the cultural responsibility to look after her totem, and the Anwekety is depicted through superimposed dot work.le, Polly – Anwekety (conkerberry, or bush plum). Polly celebrates the bush plum, represented by her lively, dot painting style. A vibrant and bubbly person, Polly speaks little English and lives a traditional life at Utopia Station.

FROM THE DIARY OF BELINDA WILLIAMS

“Polly I spent time with at Delmore Downs in the Northern Territory last November. Situated 250km to the NE of Alice, Polly lives at Camel Camp. I got along really well with her. lovely woman. She lives on Utopia station.” 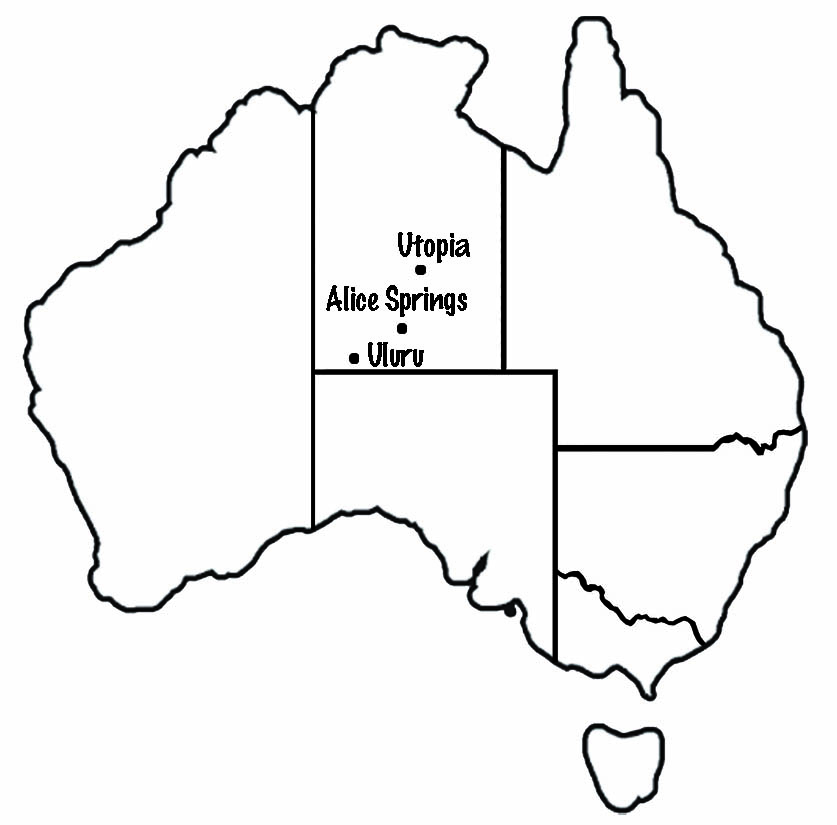